Finding the flow in sales

When you see a great salesperson in action, it can seem like sales is easy.

When it’s done right, great selling looks a lot like a simple conversation. The salesperson and the prospect do nothing more than engage in a conversation that leads to an agreement like it was a walk in the park on a sunny spring day.

In fact, if you have ever been on the receiving end of a great sales effort, sometimes it doesn’t even feel like a sale. It’s just you asking some questions and talking to someone who knows about something you want to get done, and the conversation leads you to think, “yeah, this makes sense – let’s do it.” This is true whether you are buying something expensive at the electronics store or choosing a logistics company for a big shipment or a million other possible things. The process is pretty much the same, and when it’s done well, you hardly even notice it is happening.

Of course, there is a lot behind all of that. Making things look easy is usually the result of a good deal of work behind the scenes, a lot of experience or both – but when done right, it can look and feel easy – from the inside and the outside.

BUT WHAT ABOUT NOT-GREAT SALES EFFORTS?

And then there is the feeling you get when you witness or experience a sales conversation with a not-so-great and/or inexperienced salesperson.

That can be awkward, forced, stilted, and too often leaves the prospect uncertain about what they should do next – and the salesperson frustrated that another sales conversation didn’t end in a sale.

So what’s going on here?

GO WITH THE FLOW

The concept described as flow was popularized by American-Hungarian psychologist Mihaly Csikszentmihalyi and was mapped out in his book “Flow: The Psychology of Optimal Experience.” You can learn more about flow at the Wikipedia page on the subject or by watching the 2004 TED talk by Csikszentmihalyi.

Our great salesperson described above – the one who engages in a simple conversation with their prospect that seamlessly leads it to a sale – can be described as operating from a state of flow in the execution of their sales work.

WHAT EXACTLY IS FLOW?

On the Wikipedia page and in the book, flow is described as follows:

“It is a state in which people are so involved in an activity that nothing else seems to matter. The idea of flow is identical to the feeling of being in the zone or the groove. The flow state is an optimal state of intrinsic motivation, where the person is fully immersed in what they are doing. This is a feeling everyone has at times, characterized by a feeling of great absorption, engagement, fulfillment, and skill.”

The part that is worth reflecting on with respect to sales effectiveness is the easy-to-miss bit at the end about skill.

THE CONNECTION BETWEEN FLOW AND SKILLS – AND SALES

Flow theory postulates that three conditions have to be met to achieve a flow state:

1) One must be involved in an activity with a clear set of goals and progress. This adds direction and structure to the task.

2) The task at hand must have clear and immediate feedback. This helps the person negotiate any changing demands and allows them to adjust their performance to maintain the flow state.

All three of these steps have a clear connection to sales. Salespeople almost universally have clear goals and progress metrics as described in point one.

Interactions with other people certainly have a feedback mechanism as required in point two.

But it is point three that we need to embrace to understand how to reach a state of flow in our sales efforts. Read it again, please.

If you want to operate from a state of flow with your prospects, then according to flow theory, you won’t get there with the kinds of tips and tricks many sales trainings and content articles suggest.

Flow in sales won’t come from any one thing.

Flow in sales will begin to emerge when your skill levels develop to the point where you perceive them to be strong enough to give you high confidence that you can succeed at your task.

Flow is usually associated with musicians, artists, and elite athletes. To get to the elite, flow-enabling level of performance, they train. They have coaches. They study. They love what they do, and they fully embrace it.

They don’t rely solely on their new pair of shoes, or a new computer program, or any other single thing.

It’s about doing the work, loving it, studying it, and doing it some more.

That’s how to reach flow in anything.

Is this the attitude you bring to sales?

You don’t have to – only if you want to be good enough to reach anything close to a flow-like state when you do.

THIS DOESN’T MEAN IT’S EASY – OR WORKS EVERY TIME

Let’s be 100% clear. I am not suggesting that sales is easy or that once you get it all “figured out and flowed up” that you’ll win every time.

But what you will realize, is that once you have done the work to establish flow, then more often than not it won’t feel like such a huge effort to sell. You will still need to do the work, and will still need to suffer the unsuccessful part of your conversion ratio, but the friction will be less.

Athletes who perform in a state of flow don’t win every time, but the grace of their efforts is with them every time they play…

…and the game is that much more enjoyable, and the players are much more likely to be part of a winning effort because of the performance in the flow state that they bring to the equation.

Hi, I’m David Masover. With nearly three decades of B2B sales experience, I work as a private practice Sales Force Development Consultant. I help company leaders understand the root causes of sales issues that keep revenue from growing as fast as it could, and to fix those problems through work with reps, managers, systems, processes, strategies, and tools. You can learn more about me and my work and/or get in touch with me here at my web site www.davidmasover.com/contact/ or on LinkedIn at https://www.linkedin.com/in/masover/ 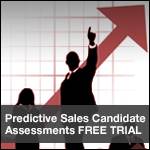 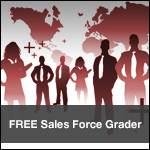